Can stress actually cost you money? We think so. But it’s not just us. Research shows that employee stress is at an all time high, and it’s leading to increased costs among organizations. Employees are working longer hours and have more responsibilities, in an uncertain economy. Extra sick days, carpal tunnel (καρπιαίος σωλήνας), and worker’s compensation claims are all stress related, and end up costing you more money. 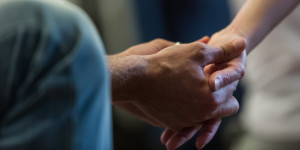