Improve your focus, productivity, and health with this simple office fix

Ever feel completely drained after a flight, long car ride, or just a day of sitting at a desk? Even though you were just sitting for a long time, you felt exhausted. There are so many negative side effects to simply sitting for extended periods of time. Yet, Americans sit for on average 8 hours a day, with most of these hours being at work. Sitting for such a long time can negatively affect your health, side effects include:

An article by the Washington Post cited a recent study conducted by Texas A&M University’s Health Science Center School of Public Health that tested the benefits of standing desks. The study, which monitored 167 employees in a Texan call center over a six-month period, found that employees using stand-capable desks were more productive than their colleagues in standard, seated desks. And, the productivity of the standing-desk workers continued to increase over their seated colleagues steadily. In the first month, the stand-capable group had 23 percent more successful calls than their seated colleagues, and by the sixth month, they had 53 percent more successful calls.

In addition to increasing productivity, standing desks have been sought out for numerous benefits. These benefits include:

With as many benefits that come with a standing desk, it is no wonder they have become so popular in the workplace. Improve your focus, productivity, and health with this simple office fix.

We tried at WorkWell working on a DIY standing desk for 3 days in a row and to be honest it was a pleasant change. Yet, we noticed there were other muscle groups under continuous strain that needed attention. In result, the need to mobilise our body and avoid working in the same position, proved once again necessary. We even asked Plaisio employees their opinion about the standing POS and we got similar feedback. 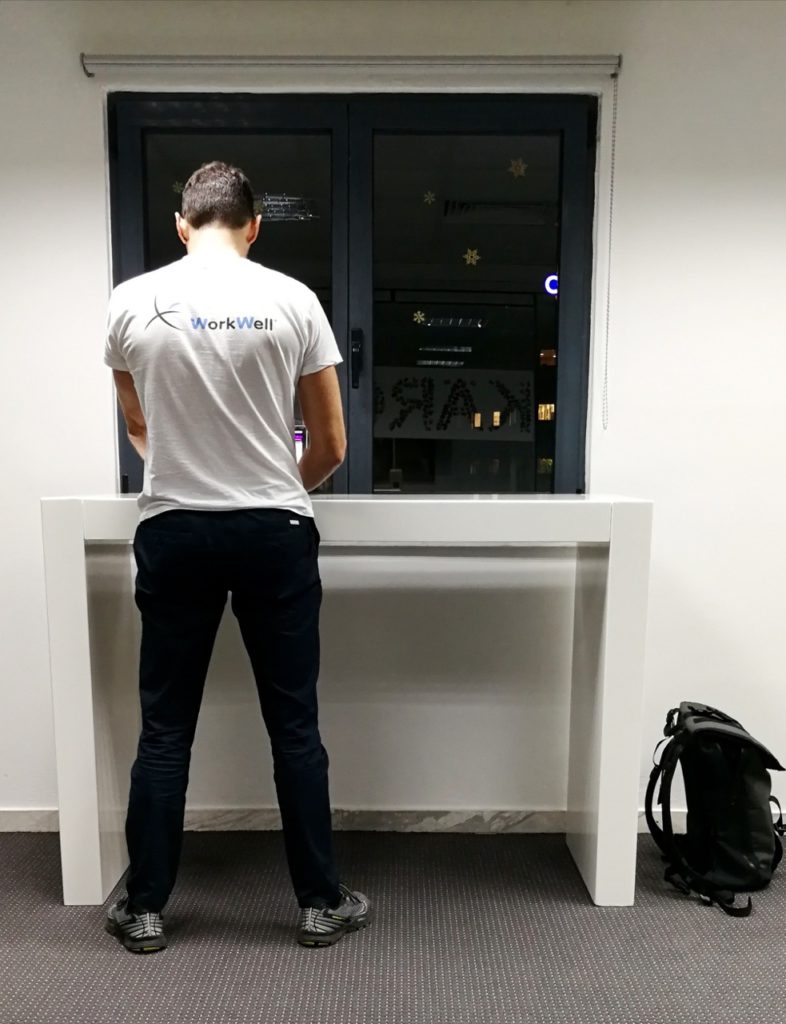 Instead of standing breaks, walk it out

If you like your standing desk, Inc doesn’t see any issue with keeping it. Just don’t expect that it’s substitute for exercise. What matters most is that you get moving and don’t stay in one spot all day long.

Inc recommends the tried-and-true walking break to get moving throughout your work day. Take the stairs, schedule walking meetings, and make a point to get outside at least once a day. Just 10 minutes of walking a day has brain-boosting benefits.