We need fresh air to live a healthy and full life, but it’s fast becoming a luxury. Residents of many major cities around the world are faced with smog and poisonous gases from motor vehicles, fossil fuel based power plants, and factories.

The good news is, there is a simple solution you can use at your office or at home to make your air much cleaner. While air purifiers might help, air purifying plants are a great and natural way to clean your air supply. In this article, you’ll learn more about air pollution, its dangers, and how to choose the best air purifying plants that suit your needs.

According to the World Health Organization (WHO), 4.6 million people lose their lives to air pollution-related diseases each year.

The WHO also published a research which showed that nine out of ten people in the world (that’s 92 %) live in places where air pollution exceeds the recommended safe limit.

And it’s not just humans that are suffering. Our planet continuously experiences stratospheric ozone depletion due to the sheer number of pollutants released by humans.

There have been measures put in place to combat this issue, such as the 1970 Clean Air Act in the US, the switch to hybrid vehicles, and the adoption of solar energy in countries throughout the world. Yet there’s still a lot left to be done to improve the quality of the air we breathe.

Indoor pollution refers to the toxic contaminants we encounter daily in our homes, workplaces and schools.

A significant number of deaths from indoor pollution can be traced to prolonged exposure to smoke from cooking stoves. Additionally, environmental tobacco smoke (ETS) is one of the leading causes of indoor pollution, which is composed of more than 7,000 chemical compounds.

Other sources of indoor air pollution include household solvents such as synthetic building materials, cleaning agents, pesticides, odorless and colorless radon gases, and carbon monoxide. This only gets worse when we’re constantly inside during the winter with the heating on full blast.

Research shows that living somewhere with little to no ventilation can lead to what is known as “sick building syndrome.” This is very common among office workers, with symptoms including nausea, fatigue, headaches, throat irritation and dizziness (just to mention a few). In severe cases, it can result in asthma, bronchitis and even cancer.

The good news is the solution is simple. According to the NASA Clean Air Study, we can drastically improve air quality with the help of certain plants. 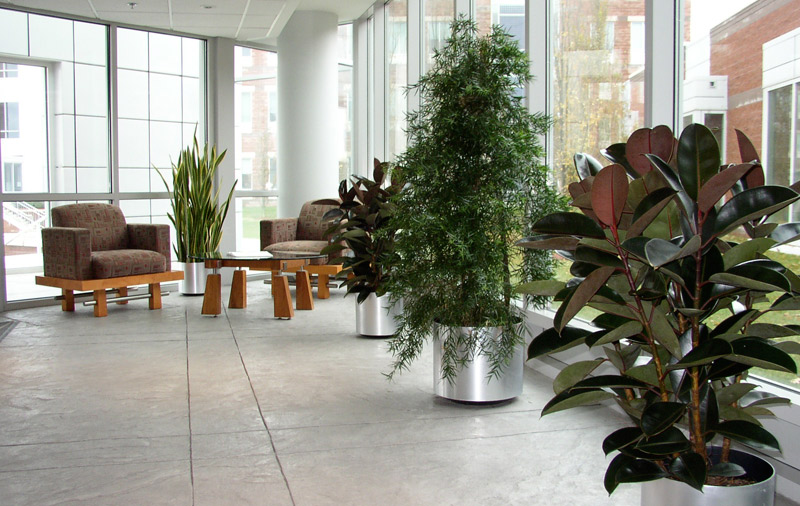 Scientists have shown that certain plants are able to absorb gases such as benzene and even formaldehyde through the pores on their leaves. This process of cleaning the air using plants is known as phytoremediation.

The Science of Phytoremediation

Phytoremediation is the most sustainable solution for reducing indoor pollution. There are several forms this can take:

Plants that Help Purify the Air

According to research, indoor plants have the potential to remove up to 70 % of the volatile organic compounds (VOC) in indoor air. Listed below are 12 indoor plants that can get you one-step closer to breathing fresh, clean air in your home. 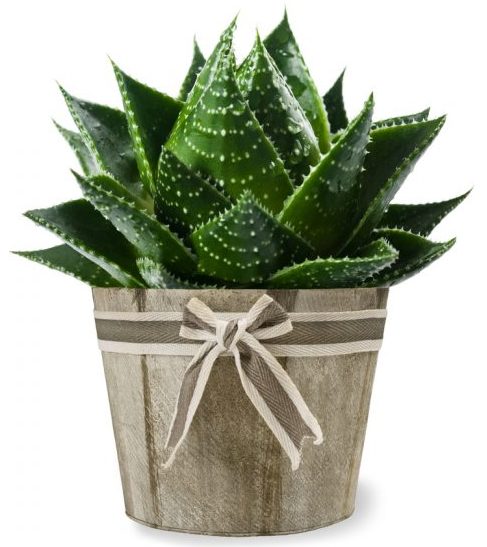 In addition to having healing properties, this perennial plant filters formaldehyde and benzene out of the air in your home. And green thumb or not, this plant will bloom with ease as long as it’s situated in a spot with plenty of sunlight (non-direct) 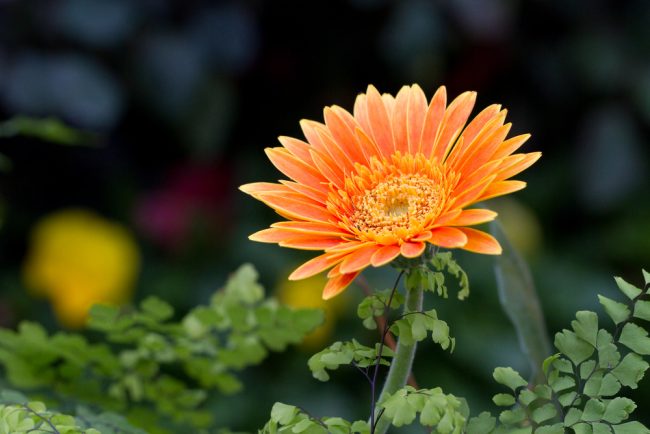 This is another perennial plant scientists believe can improve indoor air quality by removing carbon monoxide and benzene. Gerber daisies have bright and colorful flowers. Yet unlike aloe vera, they’re not as easy to grow indoors, as they prefer outdoor conditions.

You should also know that this plant is expensive and requires well-drained soil that’s been enriched with compost. That being said, having clean air to breathe in your home is priceless. 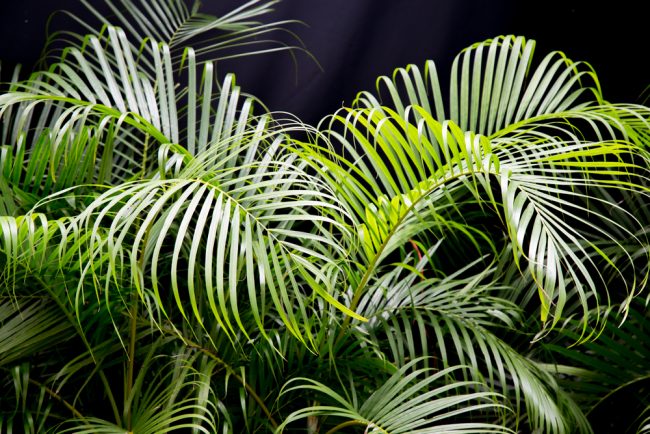 This Madagascan native plant has a knack for absorbing benzene, carbon monoxide, and formaldehyde.

It’s a go-to plant for bright interiors with its bold, arching fronds that demand to be admired. It’s best to purchase this indoor plant while it’s still at table-top size. Keep in mind that it grows as much as six to ten inches annually and will reach six to seven feet indoors, and as much as 25 feet outdoors at full maturity.

If you’re trying to rid the air in your home of xylene, a pollutant that comes from glue and paint, then try placing these lovely orchids in your home.

This type of orchid is native to Australia and Southeast Asia. No need to worry if you’re not a natural gardener, this plant will bloom easily through the spring.

For best results, grow them under direct bright light. Leaving them in the shade will prevent them from growing straight up.

The Boston Fern can absorb formaldehyde better than any other known air purifying plant. In addition to that, they are adept at ridding the air of other pollutants such as xylene and benzene, which can be found in paints as well as gasoline exhaust fumes.

The Boston Fern needs weekly feedings in the summer and monthly feedings during winter. Take care to water them regularly to keep them blooming beautifully.

The spider plant, or airplane plant, is one of the top 3 houseplants NASA says is great at removing formaldehyde, carbon monoxide and other toxins from the air.

Spider plants adapt easily to any environment and don’t require too much attention. They love indirect but bright light, lots of water and well-drained soil. Misting the plant regularly will rid it of pests like spider mites and aphids.

Also known as the mother-in-law’s tongue or viper’s bowstring, this is a flowering plant belonging to the Asparagaceae family of plants commonly found in Nigeria and the Congo.

It removes up to 107 known air pollutants including chloroform, formaldehyde, carbon monoxide, xylene, benzene, nitrogen monoxide and trichloroethylene, just to mention a few.

The snake plant can be identified by its green bordered leaves while the mother-in-law species has a yellow border. This is a tough little plant – great for non-gardeners. Just make sure you don’t overwater it. You’ll want to keep this plant in the bedroom due to the large amounts of oxygen it emits at night. 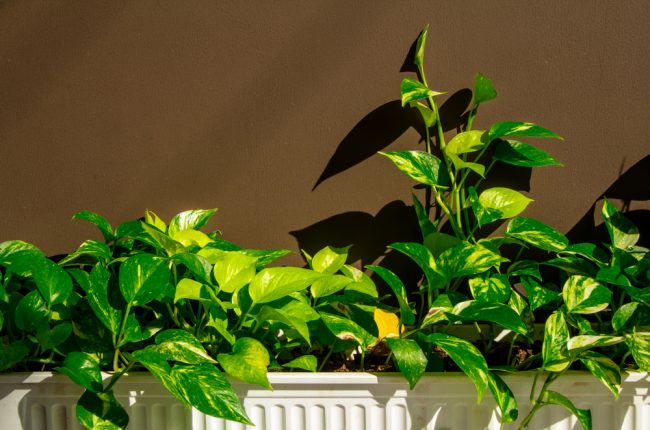 If you require a fast growing, air purifying indoor plant that’s beautiful to look at, then this is the plant for you. It looks like a slimmer, less stiff version of the snake plant and is known for its formaldehyde absorption properties.

It doesn’t require any special type of light to grow and is equally easy to maintain. However, this is not a plant to have at home if you have small children, as it can be toxic when consumed. 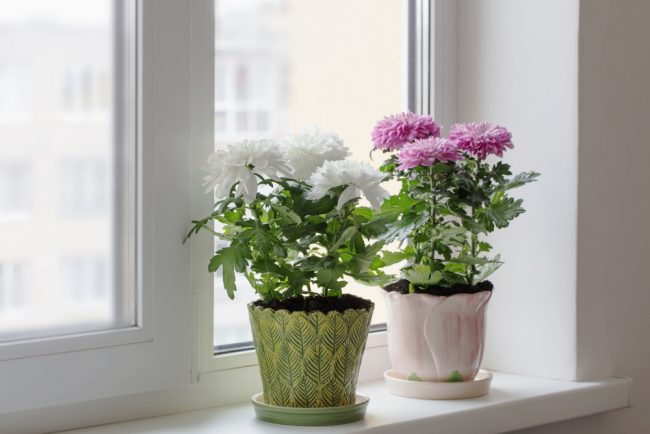 This plant is quite colorful and perfect for brightening up a dull looking space. They are seasonal, but when they bloom, they’re great benzene fighting plants. Scientists have tagged benzene as a carcinogen found in plastics, dyes, pesticides and detergents.

Chrysanthemums also aid in the removal of ammonia, formaldehyde and trichloroethylene, all commonly found in cleaning agents.

This plant requires a significant amount of sunlight to bloom, so for best results, place this in an area where it can get direct sunlight. 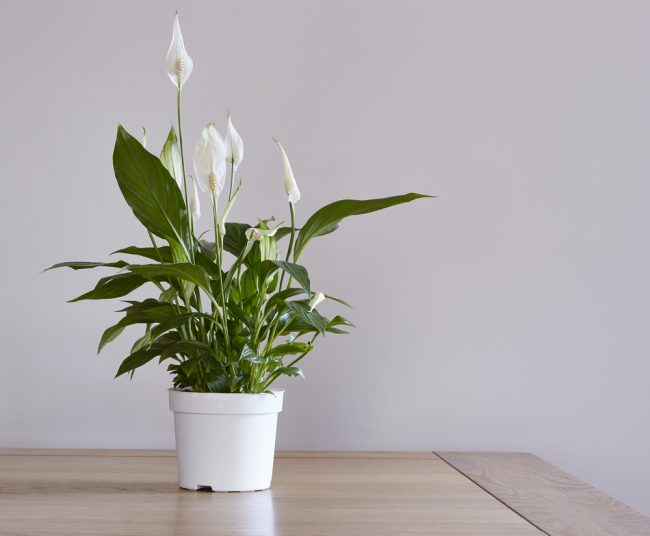 As classy and delicate as this plant looks, it packs a powerful VOC absorbing capability that makes it extremely useful to have in the house. It gets rid of benzene, trichloroethylene, formaldehyde and other pollutants in poorly ventilated areas.

It also eliminates mold spores so is perfect to have in the bathroom or kitchen. Peace lilies favor areas with low lighting conditions. But just like the Golden Pothos, this isn’t a plant you want in your home if you have children or pets running around, as the leaves are poisonous when ingested. 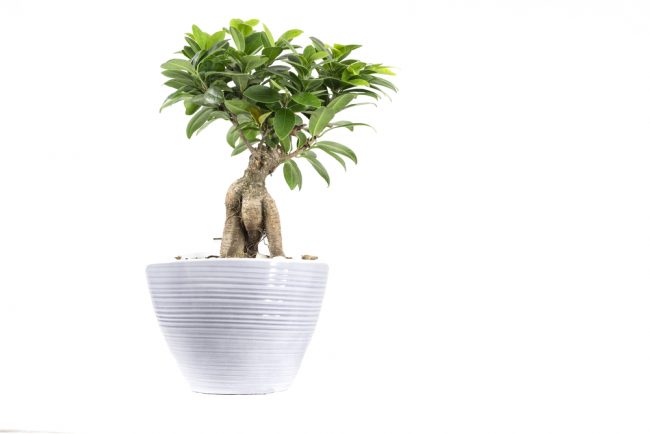 They are beautiful to look at, but are toxic and so not suitable for homes with pets and children.

However, the Schefflera has proven useful in the removal of benzene and toluene, making this the perfect plant for a smoker’s home. 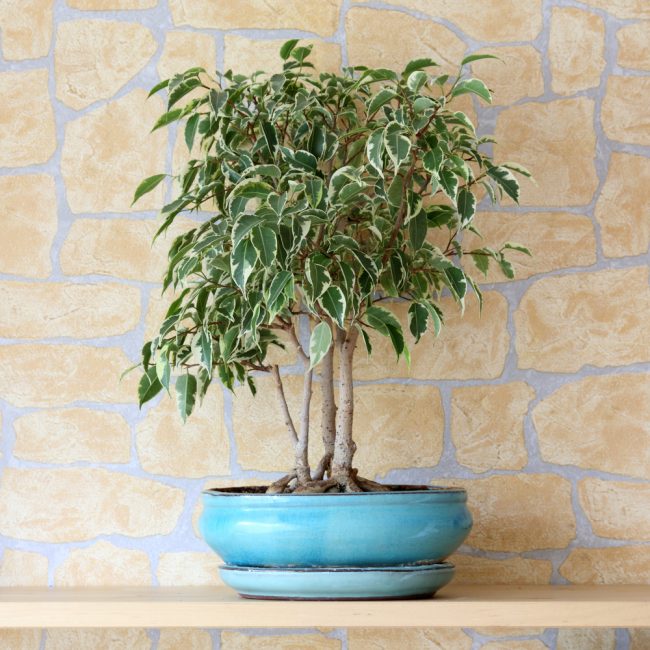 Known pollutants removed by the weeping fig include trichloroethylene, formaldehyde and benzene. It belongs to the family Moraceae and is native to Australia and Southeast Asia.

Be careful of where you place it indoors as it can grow up to ten feet tall. It requires little maintenance; all you need is an area with bright but indirect light and well-drained soil.